Edit
watch 01:54
Obi-Wan Finale - The Loop
Do you like this video?
Play Sound

Once you've made some headway with production and research on Promision, you'll research Interstellar Travel. This will reveal another planet, and allow you to construct your first ships from the Shipyard tab at the bottom of the screen.

At this point in the game, you will need to send a Vitha Colonial Ship to colonize other planets. In order to do this you must build one from the shipyard tab, go to orbiting fleets within your fleets tab (tab at the top of the screen), and move the fleet to the next planet. You should see the fleet in your travelling fleets tab, and once the journey is complete, the fleet will return to orbiting, but over the next planet. Now, you can select the fleet, and choose colonize from the right of the screen, which will consume your Vitha.

You will then be able to build on the new planet, but in order to do this, you'll need to transport some resources over. If you want to save some time, you can send them at the same time as your Vitha, you just won't be able to unload and build until you colonise the planet.

After the first few undefended planets, you will encounter enemy planets. You can send ships to scout the planets by moving a fleet to the planet you're interested in. Don't worry about losing your fleet, the enemy fleet will not auto-engage your fleet. You will then be able to compare the strength of the enemy fleets, and decide how to engage them most effectively.

After destroying the enemy fleets, you can freely colonize as if the planet was unoccupied.

How to battle enemy fleets:

ALWAYS EXPORT A SAVE BEFORE ATTACKING IF YOU ARE NOT SURE WHAT YOU'RE DOING.

The game's battle calculations are fairly complex, and not many people understand them fully. But in summary:

shields to each ship and a multiplicative bonus of

The calculations for Ammo, U-Ammo, T-Ammo, Armour, Engines, and Alkantara (I forgot to write this down can someone add it in for me pls) are below: 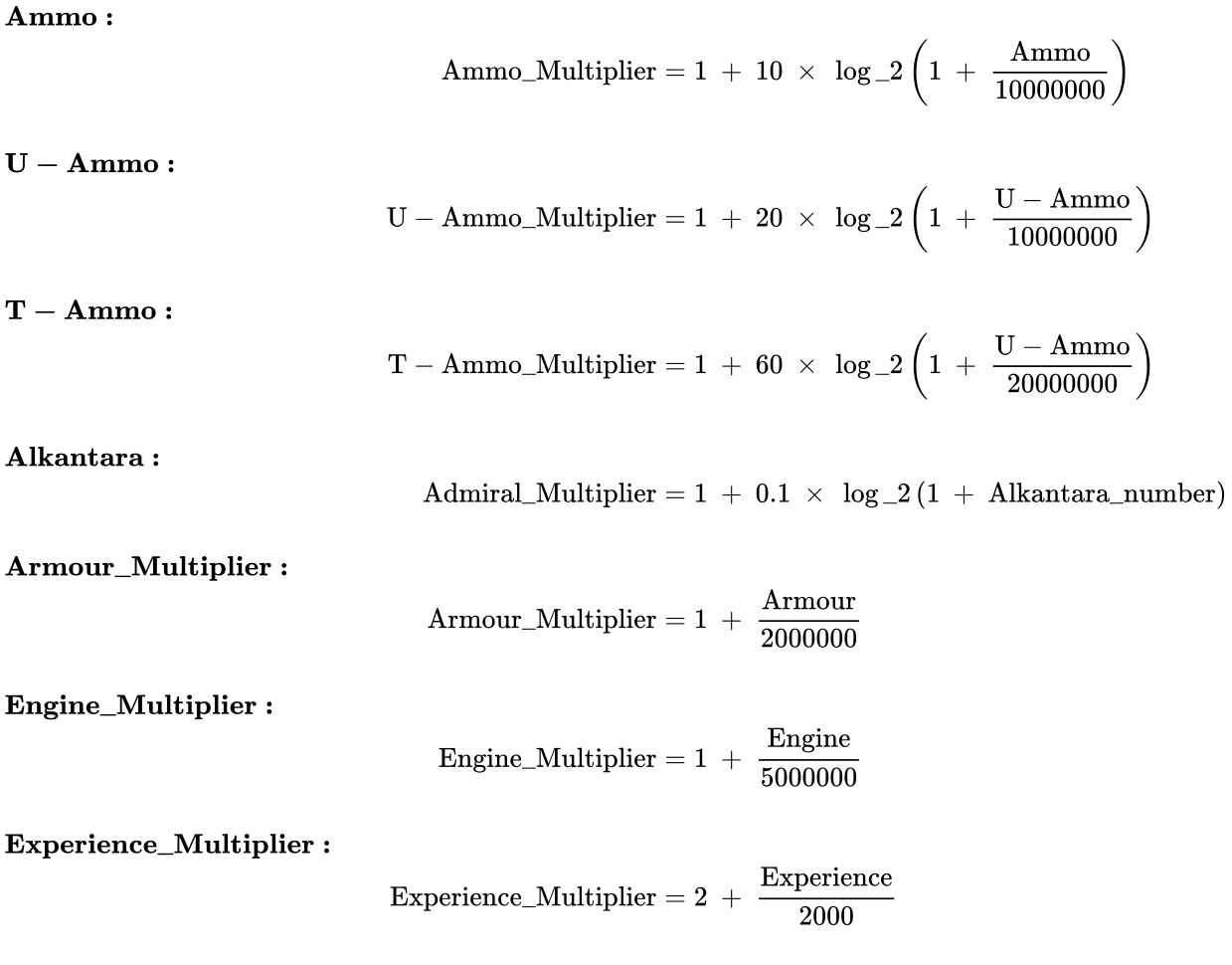 Ammo and U ammo power multipliers are logarithmic scales - overloading ammo or u ammo is not really worth it.

Armor and Engine multipliers are not in themselves logarithmic, but affect calculations that are. As such, doubling the armour of ARK-22 will increase its damage reduction substantially (but this is actually still a small amount because its armour is so low), while doubling the armour of Muralla will add much more armour to the ship, but actually increase its damage reduction by much less. The same idea applies to Engines.

Some people use simulators to see if they can win a battle before sending their fleet.

Yasim have made this in google spreed sheet

Community content is available under CC-BY-SA unless otherwise noted.
Advertisement