The Map tab, at the top of the screen, display the map of the current galaxy (galaxy contained the selected planet).

When on the map screen, at the bottom of the screen are buttons to zoom in or out the map, and (if unlocked) arrows to swith between galaxies

The Interstellar Travel technology must be researched to level 1 to open the map. New planets appears when this technology is leveled up.

First map of the game, containing all types of planets but acid, ammonia, carbon and radioactive. 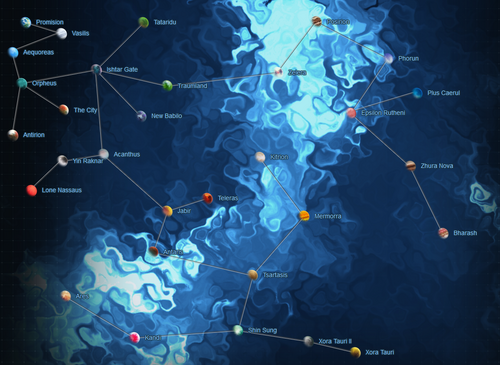 Second map of the game, unlocked when Secret of Space-Time technology is researched to level 1. Reachable from any planet through a Space Gate Alpha, using Antimatter. 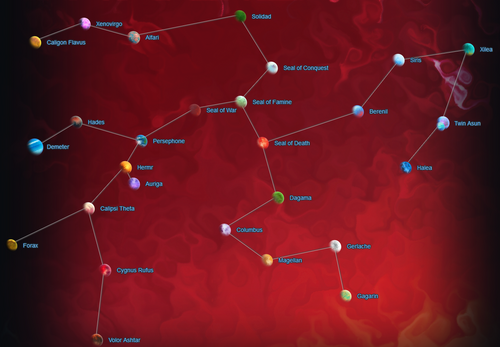 Third map of the game, unlocked when Darkmatter Science technology is researched to level 1 and Wahrian Cult or Matriarchy of Juni quest line are completed in the Andromeda Heart. The missions need that diplomacy is available, meaning that at least one Time Travel has to be done. 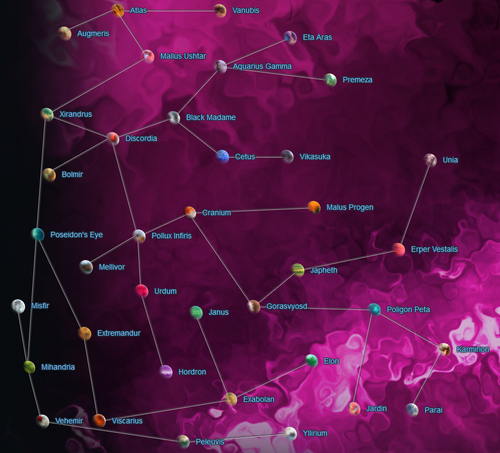 Retrieved from "https://heartofgalaxy.fandom.com/wiki/Map?oldid=3321"
Community content is available under CC-BY-SA unless otherwise noted.